Industries and Applications for Ultra3X 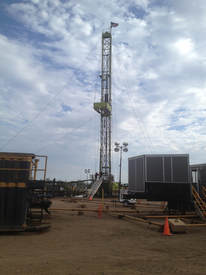 Oil and Gas Industry.  Ultra3X™ provides a service to the oil and gas industry taking the water used by the oil and gas industry and recycle it so that it can be used again.  The harvesting of hydrocarbons requires vast amounts of water to conduct fracking including gel fracs, “slick” fracs and hybrid fracs.  Water is also needed in many EOR ( Enhanced Oil Recovery) operations like Carbon Dioxide Flood or Water Flood.  When fracing is conducted there is typically “flow back” water that needs to be recovered and transferred from the site.  When a well is producing water is produced as the well produces oil or gas this is referred to as production water or “produced” water.  This water must be transferred and treated in some way for further use or disposed of with current technologies. Water is also used in areas with high dissolved solids and chlorides as “well maintenance” to reduce TDS and chloride levels to insure good production levels.

Ultra3X™ takes the water used by the oil and gas industry and processes it so that it can be used repeatedly.   Ultra3X™ employs highly efficient water management techniques that are only possible because we are able to produce a water that is highly polished and ready for use in other aspects of the oil and gas industry.  Ultra3X™ has also designed units specifically for use in off shore oil production.

Agriculture.  Water recycling in the food processing industry and agriculture revolves around removing suspended solids, organics and bacteria from the water.  Ultra3X™ is actively working with the sugar industry in Louisiana to help make water management more efficient and save money.  We are also working Dr. Franz Ehrenhouser of the LSU "Audubon Sugar Institute," to define best uses for our technologies.  Ultra3X™ plans to do similar work with the sugar beet industry in North Dakota.
Livestock   We are also able to recycle water from various processing plants used for cattle, poultry etc.  The processing involves large amounts of water that are flooded with organics and Ultra3X™ can separate out these organics, such as blood, serum and other proteins and amino acids and recover those fluids for sale while returning nearly 100% of the water to the operations.  Ultra3X™ worked with the City of San Angelo and cattle processing plants there to evaluate just such a process.
​Paper and Wood Pulp Industries. Paper and production industries use vast amounts of water and the problems here are typically in the area of heavy suspended solids in water as well as removal of organics including bacteria.  Ultra3X™ is a great solution, providing the ability to remove nearly 99.9% of the organics and, where needed, bring bacteria to non-detectable levels.  We can also reduce the suspended solids by 99.9% and allow for water to be either returned into the environment or re-used in their processes.
​Environmental Remediation and Recycling and Oil Spill Clean Up. Ultra3X™ has a design for our MOR unit where it is placed on a barge and, utilizing surface booms, is able to clean up oil spills in water with extreme efficiency.  The oil is recovered in a tank and transferred to a second barge with tanks.  The use of the MOR technology in this situation allows for a fast and efficient clean up and the recovery of large amounts of hydrocarbons as well.  The tankage barges rotate to the shore to drop off oil or transfers oil into a waiting vessel. In this way, the operation is 24/7 and achieves a fast clean up while minimizing the impact on the surrounding environment.  For inland sites contaminated particularly with hydrocarbons, the MOR unit can effectively remove 100% of hydrocarbons and other organics from the water.
Ship Bilge Clean Out. New international regulations require that ships bilges be cleaned out at port rather than released into the ocean.  The clean out of a ships bilge is again, basically removal and separation of organics, including bacteria and hydrocarbons.  Our technologies provide a fast and efficient operation that would be very cost effective and allow for the recapture of hydrocarbons as well.
Algae Production. The production of Algae as a source of biofuels is an area that requires that algae be separated from water with minimal “breakage” of the algae.  The MOR unit rejects organics without size exclusion and the organics do not come into contact with the membrane.  Therefore the potential for use of the MOR in this field is tremendous.
Coal Mine Reclamation. Reclamation of coal mines filled with water is a perfect job for the MOR unit as, once again, it can separate out the organics including the hydrocarbons that would typically be a problem in coal mine reclamation.  Separating out the hydrocarbons and collecting them, and then removing any other organics that may be present, such as bacteria, will allow for the water to be returned to the environment in a very efficient manner.
​De-salinization and Processing of Seawater. Ultra3X™ can efficiently process sea water to remove the organics such as bacteria and algae to non-detectable levels.  Our equipment can process vast quantities of seawater for processing and desalinization much more efficiently and with a much lower CapEx and a much lower OpEx than typical R/O systems.  Since our systems eliminate the need for the expensive R/O system, estimated savings are as high as 60% on CapEx and 75% on OpEx.
The only limit on what the Ultra3X™ technologies can be used for is the imagination.  There are many applications that are only now being explored and Ultra3X™ is actively considering potential licensing and leasing opportunities for some of these industries.
This site is proudly powered by Rabble Rouser Marketing and Media